Sector projects closing 2020 with a growth of approximately 5% and…

Sector projects closing 2020 with a growth of approximately 5% and…

“The Covid-19 pandemic ratifies that the most important asset for the sector is its people, a fact proven by the collective mobilization of entrepreneurs who did not save on efforts to immediately elaborate and put in place the specific protocols”.

SECTOR PROJECTS CLOSING 2020 WITH A GROWTH OF APPROXIMATELY 5% AND A TOTAL PRODUCTION OF 81.1 MILLION TONS OF ANIMAL FEED

According to the estimates of the National Union for the Animal Nutrition Industry (Sindicato Nacional da Indústria de Alimentação Animal – Sindirações), the results measured in the feed production chain, accounted for until September of 2020, recorded a growth of 4.7%, vis-àvis the same period in 2019. Albeit at a slower pace, after totaling 5.2% at the end of the first semester, the result continues to be surprising, with a projection of ending the year maintaining a growth of almost 5% and a total production of 81.1 million tons of feed.

The result is celebrated by the animal feed industry, if we keep in mind the atypical year, ridden with challenges imposed by the new coronavirus pandemic which strongly impacted the global economy, with a drop of GDP in most of the world´s largest economies.

According to Ariovaldo Zani, CEO of Sindirações: “The production chain withstood the effects of the pandemic, considering it was able to attain a growth of 5.2% during the first semester of the year. However, between July and September, there was the perception of a slowdown in pace. Despite the fact the relative decrease of shipments to China and, above all, the cut in 50% of the emergency stipend, which may determine a lower rhythm of growth, the greater desire for animal protein due to the dinners celebrated during Christmas and New Year´s may have a repercussion of almost 5% on growth, that is, on top of the demand for an additional 81 million tons of feed and mineral salt”. Read more… 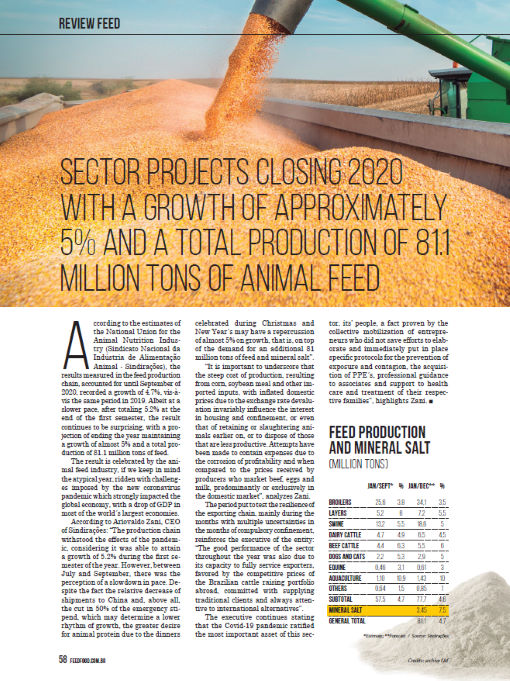 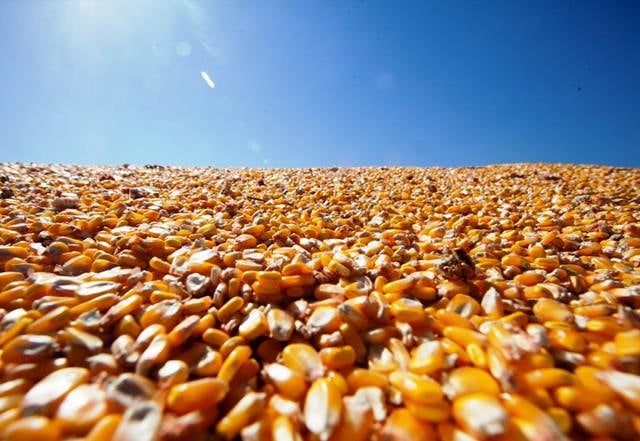